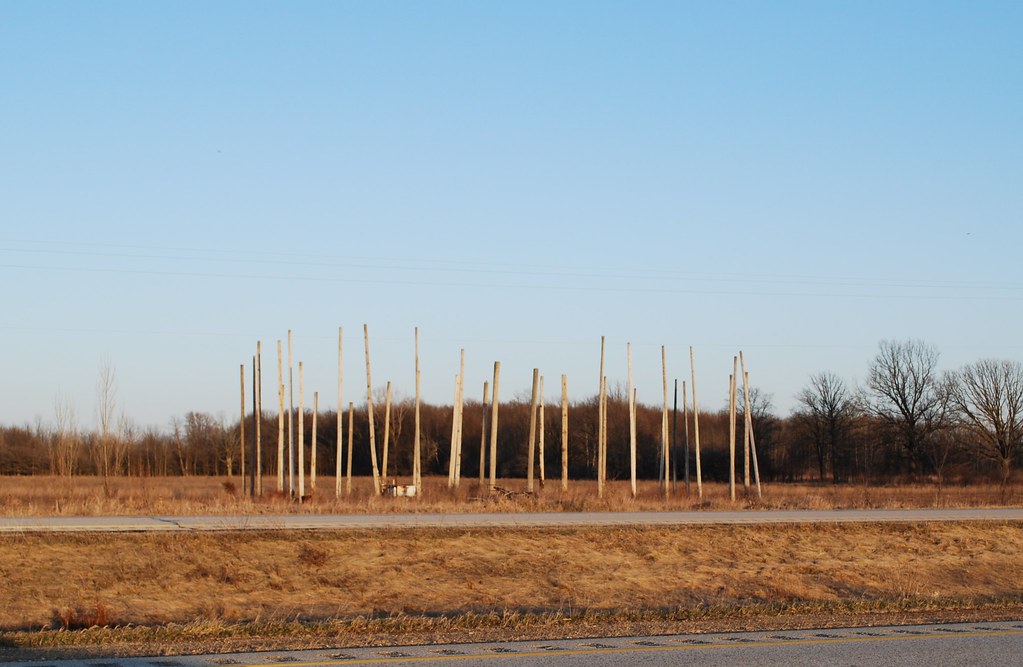 The odd Michigan landmark has been dismantled and it's a mystery as to why.

If you've ever driven down US 127, just north of Uncle John's Cider Mill, you've probably seen "Polehenge." It's Michigan's very own Stonehenge...but with poles. It's also fondly called "Owen's pole barn;" there are a lot of rumors as to how it started but the most popular one seems to be that somebody started to build a pole barn and never finished it.

There's also a rumor that the land was too swampy, and that the owner didn't have the proper permits to finish it. Either way, it's been there for decades. And now, it's gone.

And now, according to one of our Townsquare Media sister stations in East Lansing, the bizarre roadside attraction has been torn down.

The newest rumor is that the owners of the land chose to have it removed.

I'm kinda sad that I never got to see it.  I had heard of it being one of those weird "roadside attractions" that was a must-see in Michigan but never made my way out there.

In fact, the page at roadsideamerica.com that featured Polehenge has already gone radio silent.

I'm a huge fan of urban legends and the fun stories that come from places like this and, while I'm sad that I never got to see it, the stories from residents are fun nonetheless.

Man, with all of the abandoned buildings in the Flint area, I'm surprised that we don't have more urban legends! Somebody get on that!

Enter your number to get our free mobile app

See the Must-Drive Roads in Every State